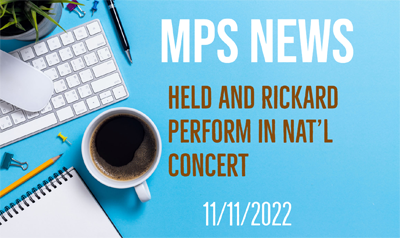 MILFORD – The Milford Public Schools were doubly honored last weekend when not one but two students represented the district at the All-National Honor Ensemble conference, a program of the National Association for Music Education (NAfME). Noah Held, a senior at Joseph A. Foran High School, and Christopher Rickard, a junior at Jonathan Law High School were both invited to participate in this prestigious program based on their high quality auditions conducted earlier this year. The conference took place November 3-6 in National Harbor, Maryland.  Both Milford students participated in the Concert Band portion of the weekend’s programming.

Held and Rickard were only two out of 123 students across the country selected to perform in the Concert Band section of the 2022 All-National Honor Ensemble, comprised of the most musically accomplished high school students in the United States. With assistance from their music teachers and directors, these exceptional students performed highly challenging music under the leadership of prominent conductors in this annual event. This year’s concert band performance was directed by nationally-recognized Rodney Borsey, professor of music and chair of the band department at the Indiana University Jacobs School of Music. 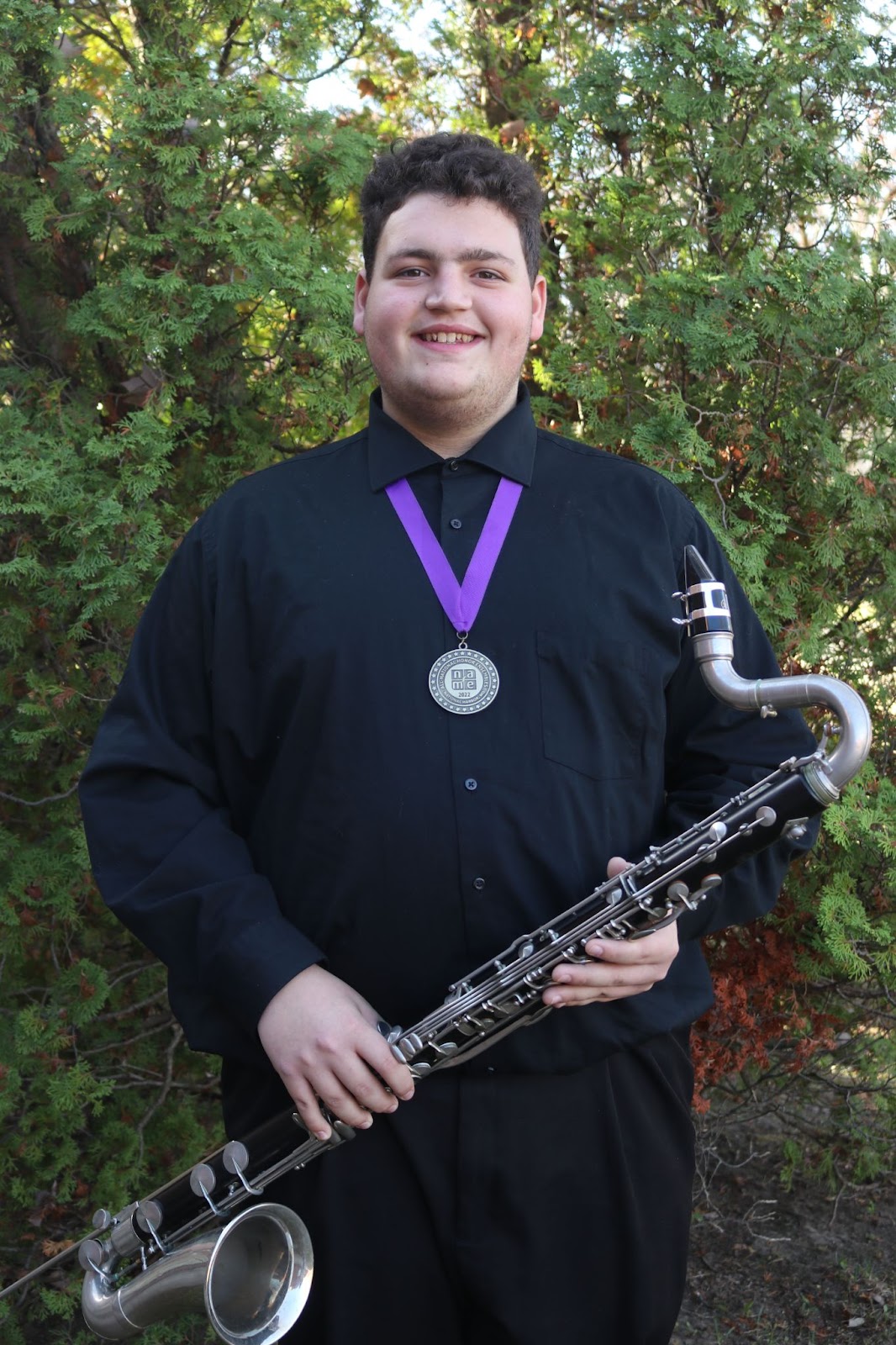 Noah Held has been a member of the concert band at Foran High School for all four years of high school where he plays the bass clarinet and baritone saxophone.  A connoisseur of ‘all things music,’ Noah has taken nearly every music course available at Foran, including piano, guitar, music tech and  music theory.  He also is a member of the school’s jazz band, jazz ensemble, saxophone ensemble and the Tri-M Music Honor Society.

According to Noah, having been a part of the ANHE conference was ‘wonderful.’  “It was incredible being surrounded by so many super-talented musicians from across the entire country,” he commented.  “I would recommend anyone involved in music to ‘go for it’ as it was a memorable experience for everyone involved.”

Noah may, in fact, have an additional opportunity to coordinate with fellow musicians as he is entering a competition for Composing, sponsored by the NAfME.  His submission is due next week.

As for future plans, Noah is currently putting the final touches on his college applications, and hopes to continue his musical journey.  Some of the schools on his list include Berklee College of Music, UCONN, Manhattan School of Music, Sacred Heart University and Western CT State University. 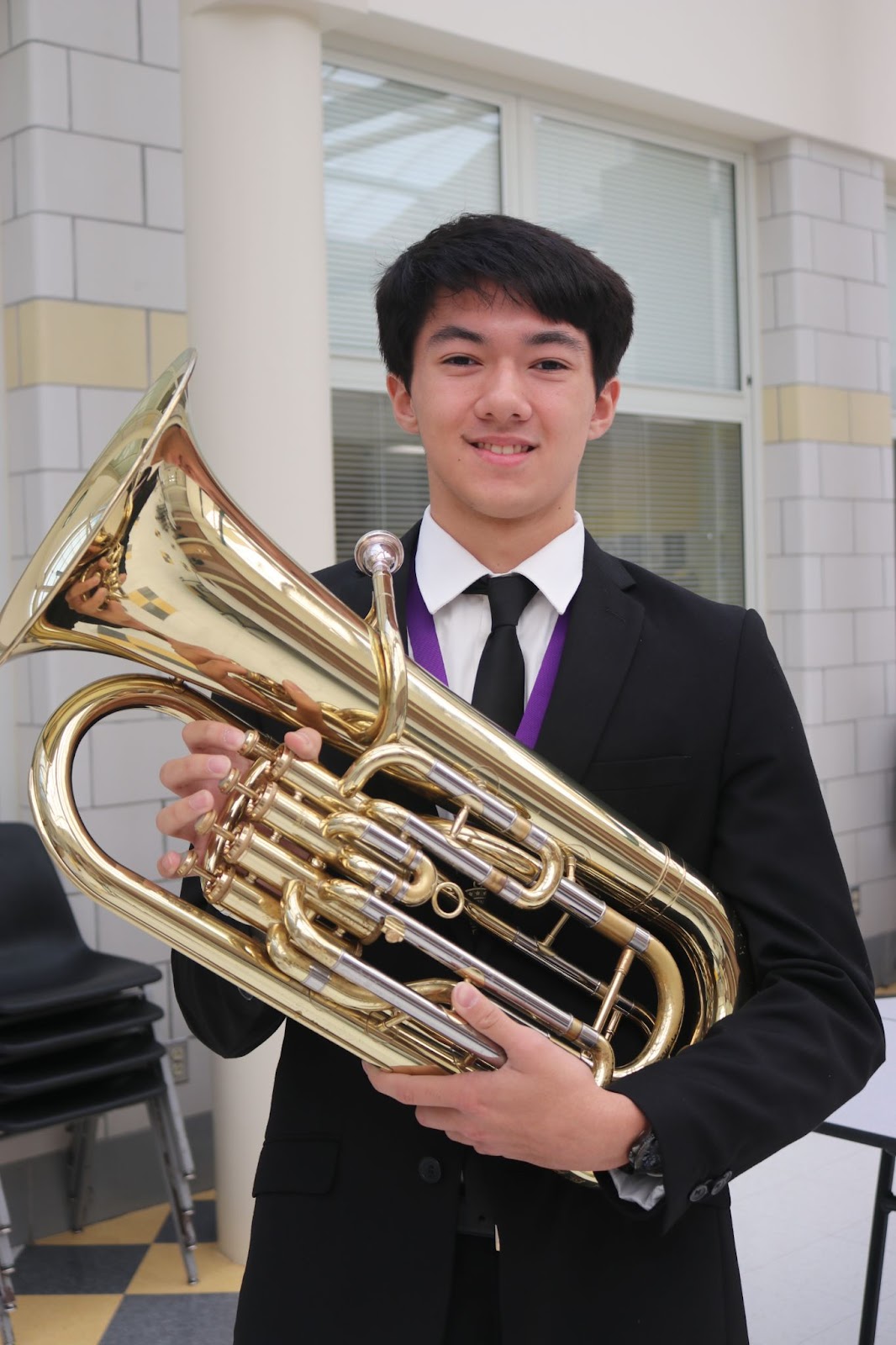 Christopher Rickard, a junior, has been a member of the concert band for the past three years, and the jazz band for two years at Jonathan Law High School. Christopher plays the euphonium and is a member of the Tri-M Music Honor Society.  An all-around honor student, Chris still has some time to figure out his college plans – which could include a career in the U.S. Navy, engineering, aerospace, aviation, or medicine.

Christopher was honored to have been selected for the Honor Ensemble.  “One of the most impactful parts of participating in this event was meeting such great people and so many exemplary musicians. I met kids from everywhere – Kansas, Illinois, Massachusetts – it was incredible.”

Chris mentioned that preparing for the performance actually began several weeks before the event as he practiced by himself with the supplied sheet music from concert organizers.  “It was strange playing my part without the other performers – but once we all got together in Maryland for our rehearsals, it all fit together perfectly.”

Playing the euphonium is a family tradition in the Rickard home.  In fact, Chris used his father’s euphonium during the competition in Maryland.

Since 1907, NAfME has worked to ensure that every student has access to a well-balanced, comprehensive, and high-quality program of music instruction taught by qualified teachers. NAfME’s activities and resources have been largely responsible for the establishment of music education as a profession, for the promotion and guidance of music study as an integral part of the school curriculum, and for the development of the National Standards for Arts Education.